The Cameron Smith Junior Classic (CSJC) was the concept of Ken McKay long time junior coordinator and member at the Wantima Country Club.  Ken had always wanted Wantima to hold a premier event for 18-hole junior boys and girls to showcase not only the talent coming through the Wantima Junior Programs but talent from around the region and the State.

Cameron Smith has always been a supporter of the Wantima Junior Program and makes himself available to the club junior program when he’s back in Brisbane and is an inspiration to all juniors.  Cameron’s continued interest and his selflessness inspired Ken to begin planning the event. After putting the concept together Ken approached Cameron about the Wantima Junior Tournament carrying his name, and he fully supported the idea.   The next step was turning the idea into reality.

After winning the 2017 Zurich Classic, Cameron was home in Brisbane for a break, which included some promotional commitments. One of these commitments included presenting prizes at a Junior Event held at Keperra Golf Club.  Cameron caught up with Adrian Hewat (Junior Golf Queensland) at this event and he talked to Adrian about Wantima plans for a junior event in his name.  This discussion between Cameron and Adrian resulted in the reality that the Cameron Smith Junior Classic would be included in the Greg Norman Junior Masters (GNJM) Qualifiers (due to the timing of the event, the event will be the first qualifier for the following year GNJM).

The first Cameron Smith Junior Classic was conducted on the 8th December 2017 at the Wantima Country Club.  It was a 12-midday shot gun start with a field of 132 players. This date was picked to ensure that Cameron would be available to attend the event as he was playing in the Australian PGA Championship the week before. The Golfing Gods smiled on the CSJC as Cameron won the 2017 Australian PGA and had present with him the Joe Kirkwood Cup.  To the delight of the participants they could not only get a photo with Cameron they could get a Photo with the Kirkwood Cup as well.

The event will be planned to be held each year around the Australian PGA championships to ensure Cameron can attend. It is not only good to carry Cameron’s name for the event but it’s fantastic that the young players get to rub shoulders with him and ask him questions about how he got to where he is and how much work he puts into Golf. The timing of the start has been moved forward an hour to enable plenty of time for a playoff if required as the first year seen the result decided by a count back due to lack of light. The field will also be capped at 128 to assist in speed of play.

The event is supported by the members of the club which is shown by 30 plus volunteers giving up their time to assist players around the course and of course assist with speed of play. Cameron is very proud of Wantima and the way the members have supported the event.

In time there is hopes to expand the event to a full day and possibly then to be held over 2 days. The initial event has attracted interest of support from local small businesses as well as one of Cameron’s Sponsors who have committed to support the event. The event would love to secure a long-term major Sponsor.

We look forward to having a full field of Juniors both boys and girls competing for the honour of being the inaugural winners of the Cameron Smith Junior Classic. 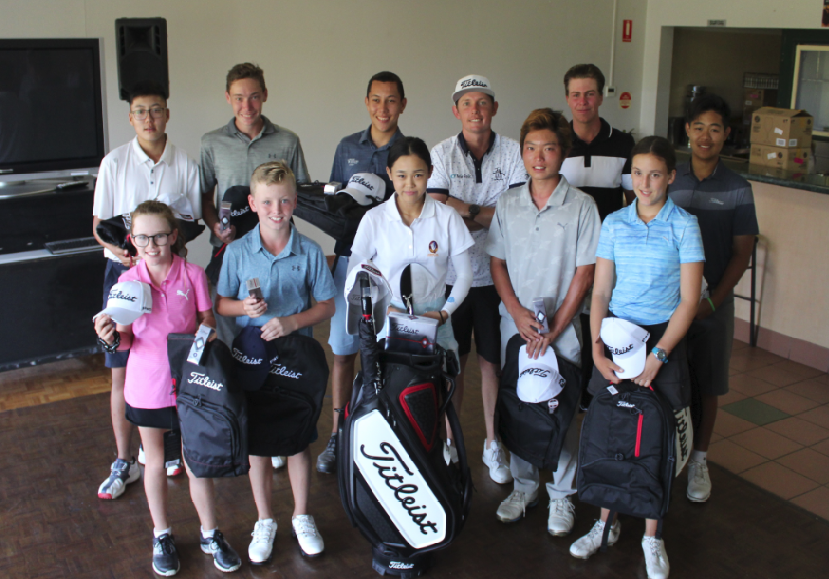